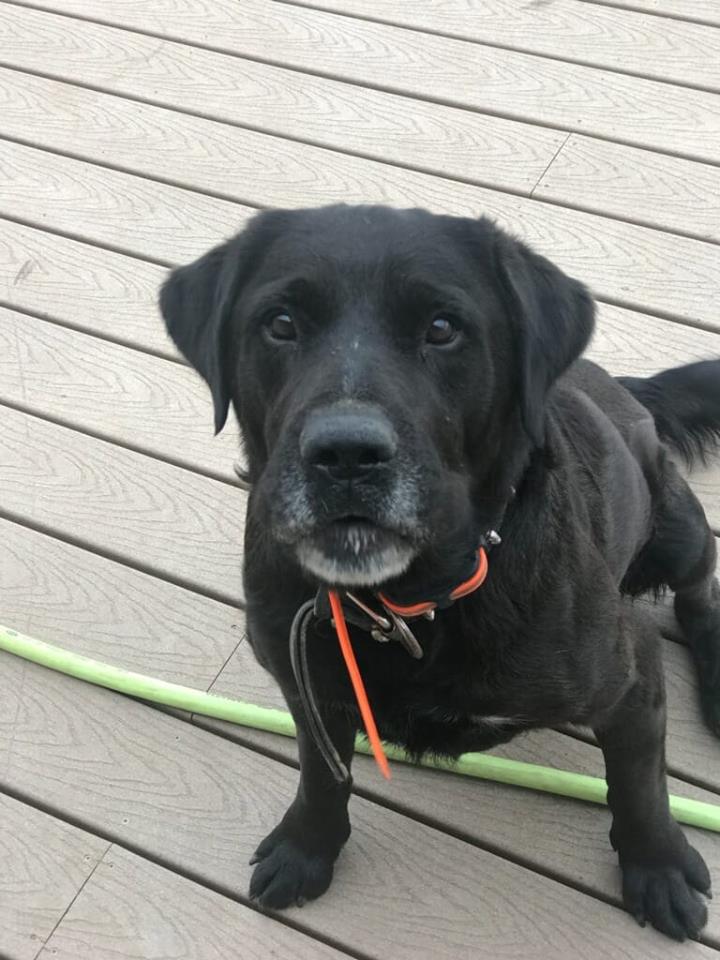 ***UPDATE: LOUIE HAD X-RAYS DONE AND IT SHOWS THAT HE HAS DAMAGE TO HIS ACL-THEIR IS A VERY EXPENSIVE SURGERY THAT MAY OR MAY NOT HELP HIS ACL (ESTIMATED TO COST AROUND $3,000-4,000) THIS IS AN OLD INJURY AND MOST LIKELY SOMETHING HE HAS HAD FOR MOST OF HIS LIFE-SO AS OF NOW THE VET TEAM HAS RECOMMENDED HE DOES NOT NEED SURGERY AS HE GETS AROUND VERY WELL-AND RUNS ON ALL 4’S OFTEN. HE DOES NOT SHOW ANY SIGNS OF DISTRESS UNLESS HE HAS HAD AN EXTREMELY HIGH ENERGY ACTIVE DAY.

Louie is another one of our Williston Pound Rescues and he is believed to be around 6 years old. He appears to be mostly a black lab, although he could possibly be mixed with something but he is dominantly lab features-He is neutered and UTD on all of his vaccines and ready for his forever home. He does well with other dogs and is even being fostered with cats. He knows his basic commands and listens very well. It does appear that he may have had a previous knee injury so he sometimes will limp if he lays on a hard floor-Louie would love to have nice bed to sleep on at night and be your forever friend!