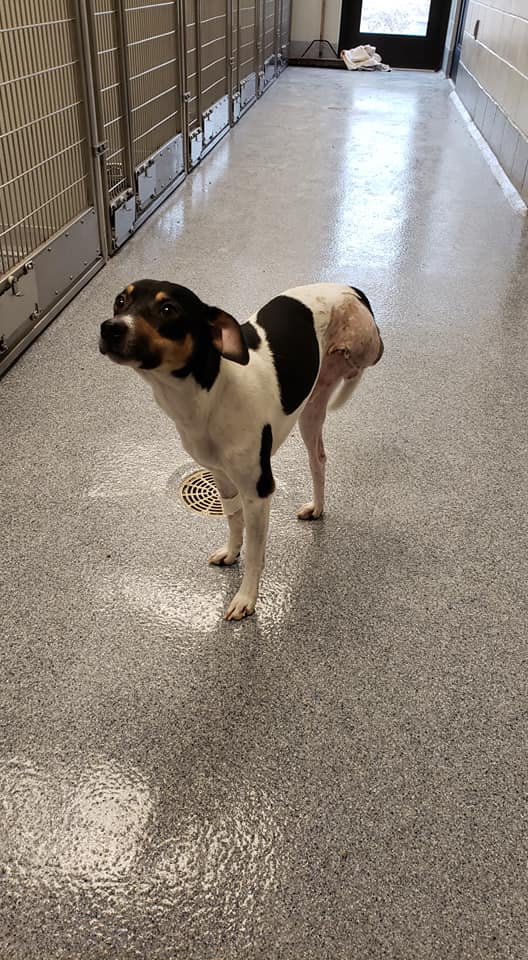 This is a very special boy-he was dumped by his previous owners and then later on hit by a car and stuck on the ice, hence his name. We received a call of a scared, hurt, and appeared to be vicious dog that needed our immediate help. We jumped in the vehicle and headed to find him, and rescue him. We then took him to the vet were it was very apparent he had a severe brake and it was decided to have his leg amputated. He was indeed scared, and who ever adopts him will need to be patient with him. He prefers women over men but warms up to both. He would love spending his days in your lap. Kennel trained and also house broke. He has been around other dogs but is more comfortable around smaller dogs. Ice is UTD on all vaccines and kennel trained.