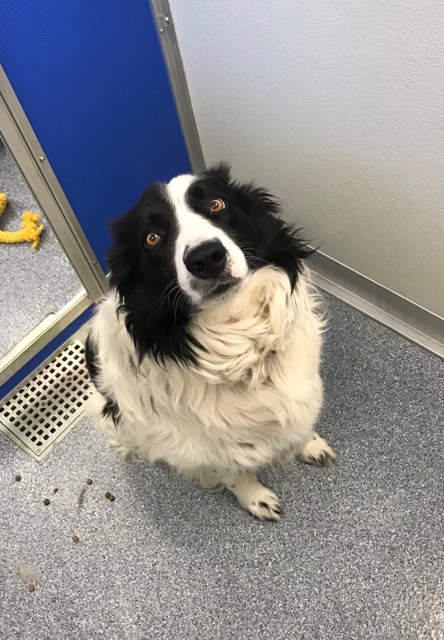 Buster is a neutered 3yr old male border collie mix. Buster is a good boy, who appears to have always been an outside dog but is calm and kennel trained that we think having him as an inside companion would work wonderfully. The only two things so far that Buster does not like is his collar being grabbed but we agree, we don’t like the thought of that either and being brushed, but that could come from the fact he was severely matted. We have not had the chance to have him around cats so we are unsure how he would do.  Aside from those he is very loving and hopes you would consider giving him that forever home he deserves.